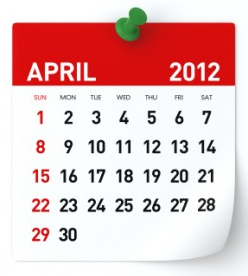 Welcome to my very first monthly report – an overview of “what’s happening” in my business and on the internet in general in the past month.

This update is primarily made for the people who are subscribed to one of my email lists. I think by making one comprehensive monthly update, you’ll get much more value and a better insight into how I run my business.

This months update will cover the following:

April 2012 was a very very interesting month for anyone who relies on Google rankings for traffic generation. In other words, for anyone who does SEO.

Here’s a timeline of what Google has been up to in the past 45 days:

Let’s take a closer look at each of these:

On March 19th BuildMyRank.com (a blog network) announced that its entire network of sites had been de-indexed. Build My Rank was not the only big network to report issues though, others blog networks were hit as well.

The result for many internet marketers was that many of their existing links, no longer carried any value. Websites that based their back-linking 100% on the use of paid blog networks were the one’s that suffered most.

Obviously link diversity (getting links from lots of different places) is important and using just one SEO strategy is never a good idea. People who used paid blog networks as a main source of links suffered most.

Here’s a ranking report showing how one of my websites dropped from #3 to #23 as a result of Google eliminating some paid networks:

The crackdown on blog networks did have an impact on some of my sites, however thankfully, most of my main sites were un-hit, some even improved their rankings as a result of this crackdown.

Obviously a drop from #3 to #23 is frustrating and I will lose an income of about $500/month as a result, but it’s not catastrophic. I expect to be able to regain my top ranking and that income stream for this particular website within 2-3 months.

On April 17th, many good websites lost their rankings in what turned out (thankfully) to be a Google error. Within 24 hours Google realized that they incorrectly classified some good quality websites as being parked domains and the incorrect ranking drop was reversed.

None of my websites were affected by this error. 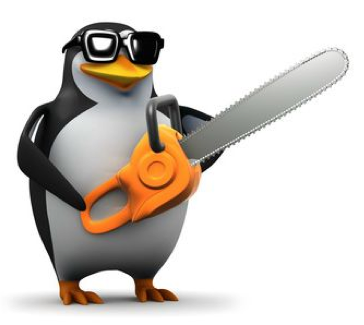 On April 24th Google released another algorithm change, this one is called Google Penguin and from what I’ve seen so far, it’s quite significant and is having a big impact on a lot of websites – some of my own sites have been affected in a negative way (minimally), while other sites I own have actually increased their rankings.

Google officially announced that the Penguin update was designed to target “Web Spam”. Interestingly enough, in the lead up to the Penguin update, Google had actually referred to it as an “Over Optimization Penalty”.

Google later back-tracked on calling it an over-optimization penalty and carefully called it a “Web Spam Algorithm Update”, and then gave it the “Google Penguin” nickname.

So what is Penguin all about?

Well, the fact that Google originally referred to this update as an “Over Optimization Penalty” leads me to think that one of the things Google has been analyzing is the anchor text usage.

When you build links to your website, it’s vitally important that you vary the anchor text. Not enough variation is a sure sign to Google that you’re actively trying to manipulate your rankings.

Until a few months ago I’d always recommended using your target anchor text (the keyword you want to get ranked for) about 50% of the time when link building. I’m now going to take an even more conservative approach and will use my target anchor text a maximum of 25%-30% of the time. I’ll create more links using the raw URL as the anchor text, and I’ll ensure I use a much wider anchor text variation in general.

The Penguin update deals with much more than just your anchor text usage however. Website owners who’ve been actively acquiring a disproportionate (unnatural) number of any type of link have also dropped in the rankings.

A close friend of mine (we’ll call him Sam) was (until a few days ago) earning over $12,000 per month from a mixture of eCommerce, Affiliate, and Adsense websites. Sam had been able to nail down top rankings for a range of highly competitive, high traffic keywords. A big part of his strategy was to leverage high PR links – and for a long time it worked really well.

When the Penguin Update was launched, Sam lost his rankings.

Sadly, about half of his income has evaporated.

There could have been a number of things that triggered him to lose his rankings, however I believe his link profile had a lot to do with it.

He had an unnaturally high number of high PR links when compared to non-PR links. He also had many links coming from the same kinds of sites…typically links in the footer section of the sidebar.

While there is nothing wrong with footer links of sidebar links, when an unnaturally high percentage of your links are these types of links, and when you have other unnatural signals (such as a disproportionate number of high PR links), obviously Google will know something fishy is going on.

The best advice I can give you is to get as much variation and diversity in your link building as possible.

Varying your anchor text and varying your link building strategies are two simple things you can do to set yourself up for solid, long term rankings.

SEO Tactics and Trends You NEED To Try

I want to talk briefly now about three things that are working extremely well for me:

Firstly, let me get started with Google Authorship.

For some time now Google has made it possible to get your photo shown next to your search result.

There are many advantages to getting your photo listed next to your search result. The biggest initial benefit is more visitors to your site thanks to a higher Click Through Rate (CTR) from Google’s results pages.

Google Authorship has SEO benefits as well though.

A higher than average CTR from the search results indicates to Google that your site is what Google’s searchers are looking for. Google takes this high CTR into account and may boost your rankings…I’ve seen almost immediate increases in the SERP’s as a result of adding Google Authorship images to my niche sites.

Don’t know how to get your picture displayed in Google?

Don’t worry – I’ve got you covered.

I’ve just finished making a brand new report which shows exactly how to get your Google image displayed:

I highly recommend you download the report and add an image next to your listing – it may give your website the boost it needs.

Facebook Likes & Google +1’s act as social indicators of the quality of your website and they’re becoming more and more important as a ranking factor all the time.

If you’re currently not building Facebook Likes and Google +1’s, I strongly recommend you get started.

Aim for 5 a month…that’s very achievable and can make a huge difference.

Here are a few ideas about how to get Facebook Likes and Google +1’s:

Content Facilitator has really started to take off in the last month. Hundreds of new members are signing up (for free) and helping one another to build links.

Basically what Content Facilitator does is allow you to use credits (which can be earned or purchased) in order to publish content on other people’s sites.

The beauty of the system is that, by default, you get a huge amount of variety in the places your links come from. It’s also very much a hands-off approach to link building…you just submit your article (which takes no more than a few minutes) and then wait for someone else to publish it on their website.

In many cases, I’ve been able to get good quality links on websites in my same niche – these links carry extra weight as far as Google is concerned so are definitely worth the effort.

Tip: Once you’ve signed up, go to the “Use Coupon” menu (inside the “Get Credits” menu) and use the “DistributeMe” coupon to get GIVEN $20 worth of advertising credits completely free.

Despite all the recent Google algorithm changes, I’ve seen steady growth and ranking improvements on almost all of my most important websites. This is a testament to my link building plan which is based around getting high quality links and working on a high link diversity which includes a steady flow of social links (Likes and Google +1’s).

The screenshot below shows how the rankings on the Authority Hybrid demo websites have improved over the last few months (my website is the green line – the other lines are my competitors). I’m now ranked #2 for my main keyword and am receiving good traffic and earnings as a result.

Hopefully the above graph shows that SEO is definitely alive and well, and that getting top rankings is still very much achievable…the way to go about it has changed though.

Without getting in depth about my current link building plan, one tip I will give you is to focus on getting a small number of high quality links as opposed to massive amounts of low quality links…do this, combine it with Social Links, and you will be rewarded.

Google Has Given Us A Massive Opportunity

Earlier in this post, I told a story about Sam, a friend of mine who’s just had his income slashed in half thanks to a Google Algorithm update…he went from a consistent $12k/month to less than $6k/month in the space of a couple of days.

Sam isn’t the only one who’s suffered a big loss of income…I know of many other internet marketers who’ve also been hit significantly.

I think the important thing to remember here is that whenever there are big fallout’s such as this, there are also massive opportunities. With so many websites falling down, there’s a big chance for new websites to fill their places.

Now, in my opinion, is one of the most exciting times in internet marketing in the last 6-7 years. People who are taking action and creating good sites are being rewarded…

May will be a fun month – starting tomorrow.

Tomorrow I’m opening up a few more spots in my 1 on 1 coaching program. My coaching program has been running for about 6 months now and this is the first time I’ve opened up new spots…more on that tomorrow (make sure you’re on one of my emailing lists to ensure you get the update about the coaching).

If you’re not on my mailing list, add your name and email to the form below to stay updated:

I’m also going to be paying extremely close attention to the fallout from Google’s latest updates….expect to hear more from me about that in one month time, in my May update.

I welcome your comments below, feel free to leave any feedback – I personally read all comments and encourage you to say hi. 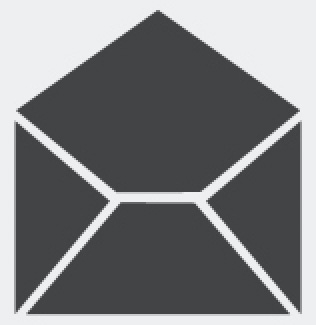